We’ve written before about how to make a s’more, and even discussed the history of s’mores, but now the folks over at REI have put together a cool infographic explaining what s’mores are, a few tips about making them, and some great ideas about variations you can try (adding peanut butter, for example). Take a look! 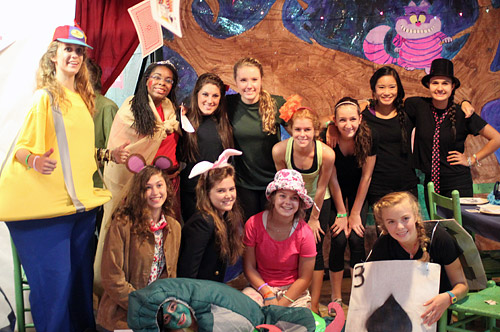 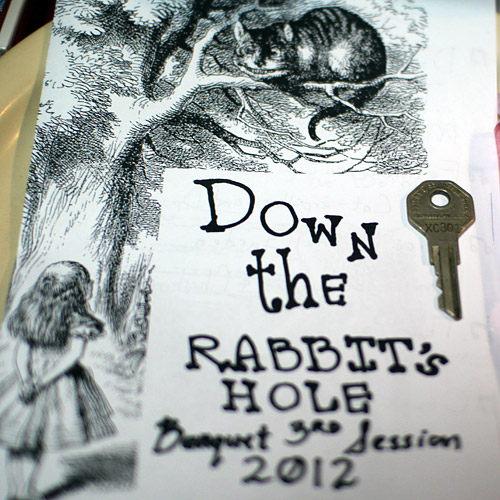 The end-of-session Banquet is a huge deal at Rockbrook, something that everyone, from the youngest first-time camper to the most senior staff member, looks forward to. The element of surprise drives this to some extent, since the Banquet’s theme is kept secret, but it’s also a marvelous experience to attend, one filled with colorful wall panels, table decorations, choreographed dancing by live characters, special food, and dance music.

The planning for each session’s banquet begins long before the girls arrive at Rockbrook. In fact, for girls who attend camp every summer, it can be a topic of discussion years before they even become “CA” campers, 9th graders, the age-group given the task of presenting this end-of-session party. Many of these girls have grown up attending RBC Banquets, seeing what the CAs before them have done, so when it’s their turn, they are full of ideas. 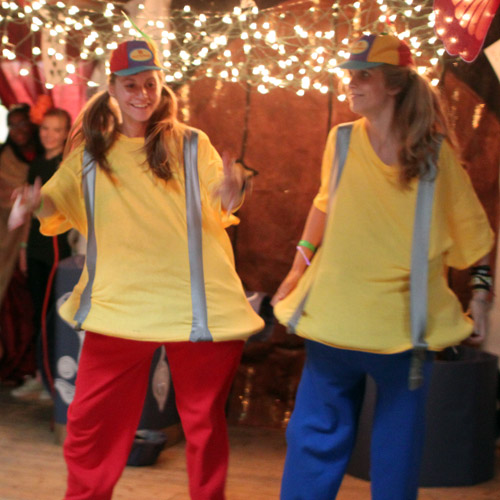 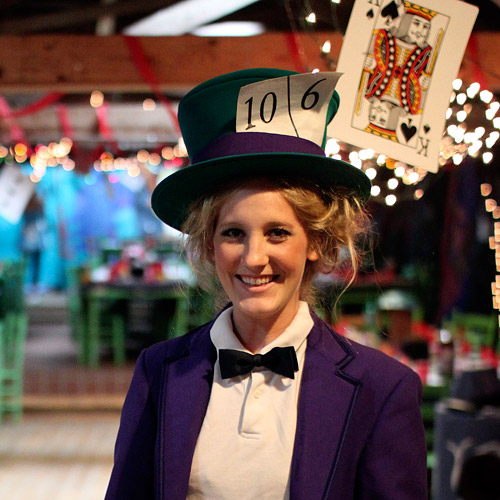 The CAs this session decided to make their banquet an Alice in Wonderland theme, titling it “Down the Rabbit’s Hole” and featuring decorations and characters based on the well-known novel by Lewis Carroll, and the Disney animated film adaptation of the book. The decorations were phenomenal! Every wall of the dining hall was covered with a unique poster painted with a scene of character from the story. There were over-sized and regular playing cards hung among strands of lights, curtains, and fabric. On each table, there were paper mushrooms, plenty of candy, more playing cards, top hats, small bottles of bubble solution, and souvenir red cups. Here’s a short video to get a sense of the detail of these decorations and the amount of time and energy it took these girls to paint and set up the entire dining hall.

The costumes were amazing as well. Several of the counselors dressed as main characters: Alice, the White Rabbit, the Cheshire Cat, the Mad Hatter, and the Dodo Bird, while the campers became Tweedledum and Tweedledee, the Caterpillar, the King and Queen of hearts, the Door Mouse, and the March Hare. The combined effect of these characters greeting the campers as they came through the red curtain into the now unrecognizable dining hall was magical. The girls, especially the youngest Juniors, had such looks of astonishment when they first realized the theme and took everything in. 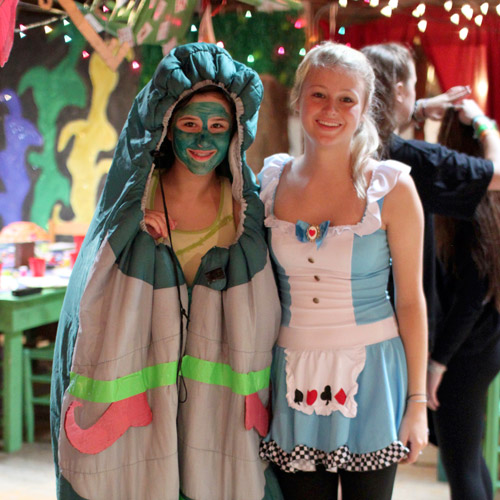 The program included a series of skits and dances enacting scenes from Alice’s adventures alternating with courses of food. They served chocolate chip scones after Alice descended the Rabbit’s Hole and met Tweedledee and Tweedledum, cheesy bread sticks after the Cheshire Cat appeared, and fancy small sandwiches when Alice saw flowers dancing in the garden. Cupcakes decorated like mushrooms topped off the meal, followed by cards dancing with the Queen of Hearts. In between program events, the campers, all dressed in this year’s RBC t-shirt, were invited to get up and dance to some of there favorite pop songs from the summer.

“You always remember your first Banquet,” a couple of Seniors told me today. And everyone agreed after tonight’s; this was one of the best banquets that everyone here won’t soon forget. It was awesome. Thank you CAs for all your hard work! 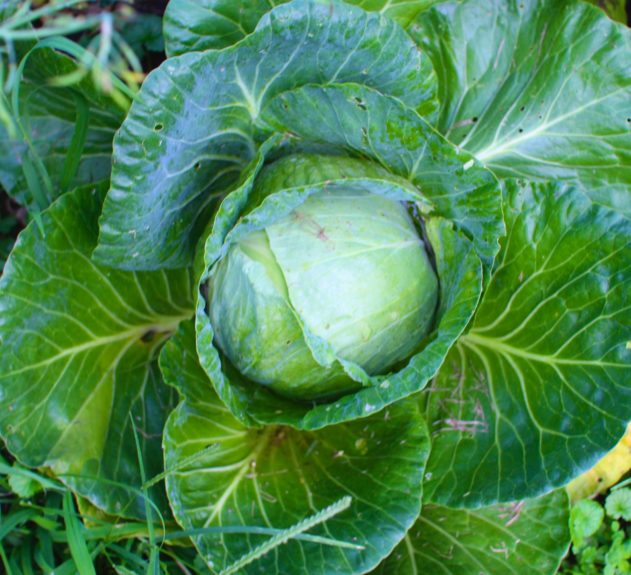 One of the best rock climbing areas in the Southeast is Looking Glass Rock. Rising almost 1000 feet from the forest floor, Looking Glass is a dome-shaped mass of granite near Brevard in the Pisgah National Forest. It can easily be seen from the Blue Ridge Parkway nearby. For rock climbers it offers a fantastic variety of sport, friction, face, crack and even aid climbing routes suitable for the beginning, intermediate and advanced climber. Circling the domed rock are well-known climbing areas: the Nose, South Side, Sun Wall and North Wall. On the southeastern side of the rock, there is a popular tourist trail for hiking to the summit.

Here’s a photo of a Rockbrook camper on the Nose (5.8).  Rockbrook is located only about 15 miles from Looking Glass.  After topping out our own climbs on Castle Rock, our camp rock climbing program brings girls to Looking Glass, as well as other climbing areas in this region of North Carolina.  There’s a lot of rock to climb around here, and the girls love it! 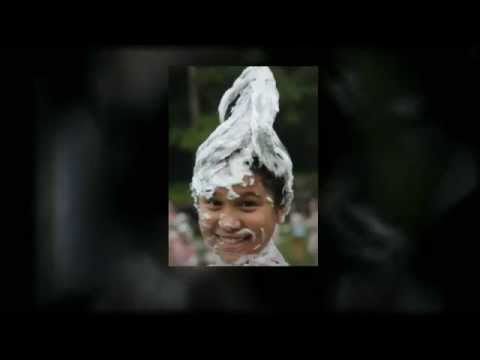 Ever had a shaving cream fight? Armed with a couple of cans, and dressed in your bathing suit, have you chased your friends around trying to smear them with shaving cream? Has anyone ever sneaked up to you and planted a handful of shaving cream on your neck? No? Well take a look at this video and see just how much fun it can be! 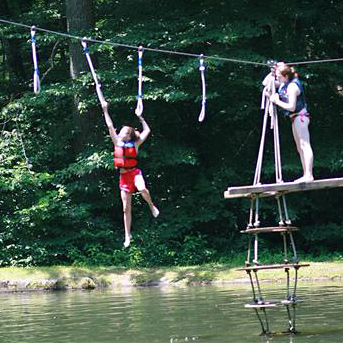 First I have to tell you about today’s muffins.  They were amazing!  Liz created yet another one-of-a-kind masterpiece flavor: peanut butter and jelly.  I’m pretty sure they didn’t teach this recipe at the Ballymaloe Cookery School in Cork Ireland where Liz was trained, so she deserves all the credit.  A classic camp flavor turned into a fresh baked muffin.  YUM!

As most everyone on the east coast is experiencing record-breaking temperatures this week, we have found plenty of ways to stay cool at Rockbrook. First of all, temps are still falling into the 60s at night, and stay cool most of the morning as it takes a few hours for the sun to come up over the hill.  In addition, the lake has been a very popular spot in the afternoons. Even if the campers don’t have swimming as one of their regularly scheduled activities, everyone can go for a dip during one of the two open “free swim” periods each day. That’s also when we open the “Toy,” “Aqua Ropes Course,” or “Water Challenge Course.” As you can see, it’s quite the obstacle. Campers first try to climb up the outside edge, grabbing the ropes, and stand on the top rails.  From there they grab the dangling rings and go hand-to-hand from one ring to the next.  There are five in all.  It’s really tough to reach all five rings (see how it’s sloping uphill?), so we reward anyone who can with a special treat, usually a trip to Dolly’s.  Missing means just a big splash! 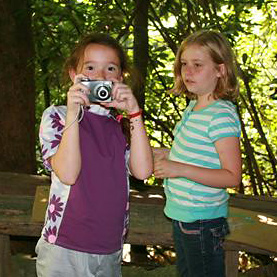 In the photography activity, former camper and now star counselor Jane, who is majoring in Fine Art Photography at The Corcoran College of Art & Design in Washington, DC, is helping the girls learn how to take better pictures. To make this more fun, she’s planned several games that send the campers scurrying around camp looking for certain color pallets, shapes (e.g., letters), or textures. She’s challenged the girls to take 20 photos of a single small object making sure each is different. She’s also helped them learn a bit about stop motion photography, and make short motion clips using play-doh. We’re planning to show these short movies to the whole camp on Sunday night before the movie.  Several are quite good! 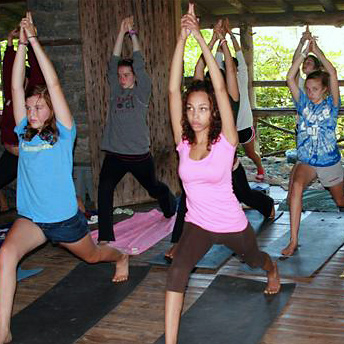 Jessi’s yoga classes are very popular with the senior girls. She offers them as special extra activities once or twice each week.  With yoga mats and towels in hand, they meet in the upper Hillside Lodge to spread out across the wood floor. Jessi plays nice, relaxing music as she leads the girls through a serious of stretching exercises and yoga poses. The class lasts only about an hour, but that’s plenty for the girls to have a workout. Everyone feels great afterwords… a little more relaxed, limber, and calm. Staying so very busy and active at camp, practicing a little bit of yoga like this is really nice.

All in one day, the RBC girls can stay cool swimming in the lake, focused in photography class, and relaxed doing yoga! 🙂 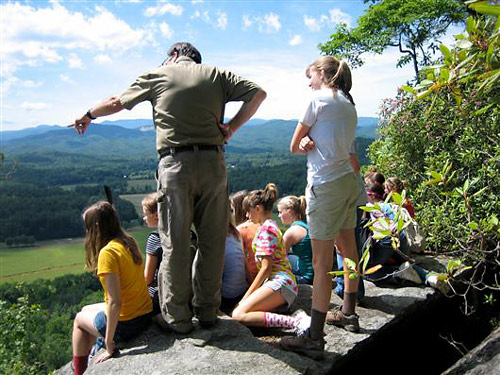 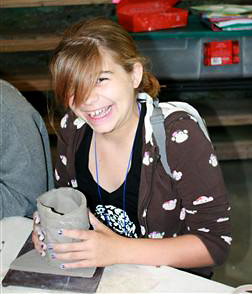 The first day of activities this session is full speed ahead with all of the activities ready for action. As we all enjoyed perfect summer weather (warm during the day and cool at night), campers were making pottery, designing weaving projects, and decorating their first pillow case. A few girls also went rock climbing with Clyde, our adventure director. Girls shot arrows and guns, did flips at gymnastics and cannonballs at the lake. Down at the equestrian center, Cara had girls up and riding.

Halfway through the morning at our “Muffin Break,” everyone ran for a treat freshly baked by Liz. We look forward to seeing what flavor she makes for us everyday. Today, lemon.

After rest hour, Jerry, Jessi, Tara and Michelle took a big group of campers on a hike to Kilroy’s Cabin. This is a special hike to a remote part of the Rockbrook property that first takes you to Castle Rock where you can rest and enjoy the amazing view of the French Broad river valley. From there, the hike is a bushwhack through the forest with no trail as a guide. Jerry knows the way, but few others can find the old abandoned cabin. Kilroy’s Cabin is the center of an elaborate, and maybe a little bit spooky, story told at camp. I’ll save the details for later, but it involves a nurse with red hair, love, jealousy and a car crash late one stormy night on a slippery bridge. Ooooooooo. (cue eery music!).

For dinner, a classic camp favorite was served— spaghetti with red sauce. In addition to the salad bar, each table had a bowl of fresh tomatoes, cucumbers and basil, and warm bread. It really hit the spot after our action-packed day. But that’s pretty normal for Rockbrook. Camp is action! 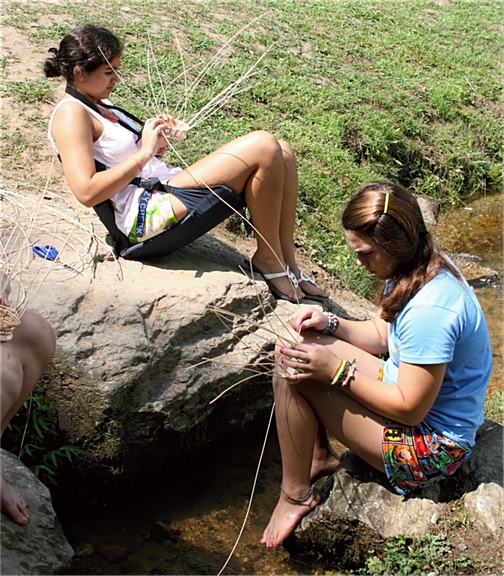 Weaving camp baskets is a traditional arts and crafts activity just about everyone enjoys at Rockbrook. Over near the fiber arts cabin we call “Curosty,” there’s a nice stream flowing by, and it’s there that girls often work on their baskets. It’s a really nice spot to sit and soak your feet on a summer afternoon, but also, the water is important for the basket weaving. To bend and weave the wicker (cane, reed, or grass) fibers, it helps to soak them in water for a while. This softens the fibers making them more flexible for weaving.

Basketry is a truly ancient art. Native people around the world have been making baskets for as long as anyone can remember. Near us at camp, the Cherokee split oak baskets come to mind as a good example. Our camp baskets may not be as elaborate as these, but the girls at Rockbrook are continuing this long tradition of basket making in the mountains of North Carolina. 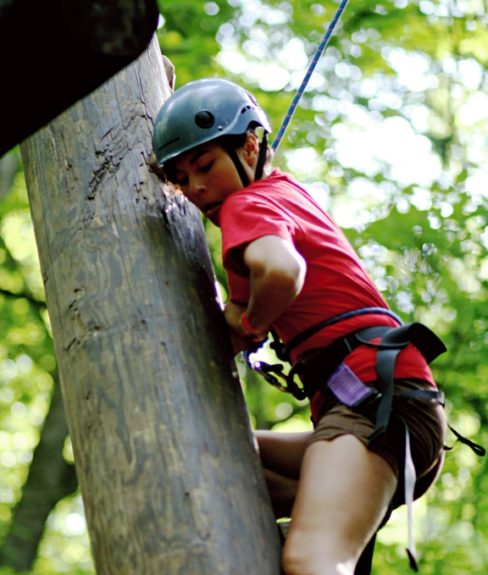 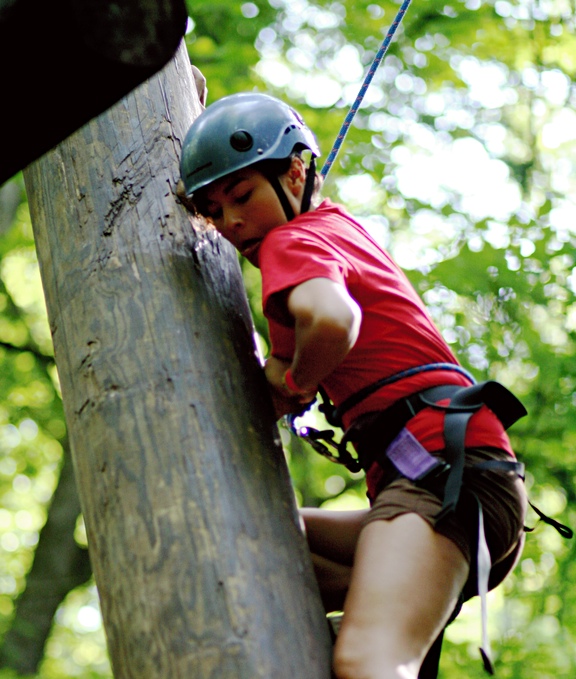 Are you ready for some adventure girls? Are you ready to put yourself out there, or up there as the case may be? Camp is the perfect place for girls to try out outdoor adventure sports. There’s rock climbing, high ropes course climbing, wilderness backpacking, camping, hiking, whitewater kayaking and rafting, to name just a few.

But what makes these adventure activities? They all are a little intense, a little uncertain, and a little scary. They often test girls’ mental resolve and determination, and sometimes require physical effort beyond the ordinary. Adventure activities usually require special safety equipment and techniques as well (think ropes, paddles, helmets, tents, etc.).

When girls first try adventure sports, they are usually surprised how well they can do. With quality instruction, encouragement, and some practice, most of the girls at camp can climb a real rock, paddle a kayak, and camp overnight in the woods— and this in just their first year at camp! Everywhere you look there are adventure girls at camp.