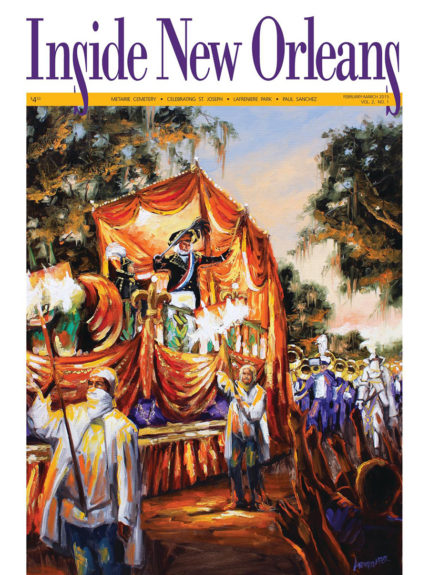 Have you seen the latest issue of Inside New Orleans? It’s a bi-monthly magazine published about the arts, events, interests, and people of New Orleans and its surrounding areas. Each issue is full of regular columns about fashion, music, exhibitions, and food, as well as featured articles on unique aspects of the city and culture of New Orleans, LA.

The current issue (February-March 2015), for example, has a painting by Gretchen Armbruster on its cover— a fantastic New Orleans Artist — articles about the Metairie Cemetery and the costumes of the Louisiana State Museum, but also a piece about summer camps for kids. Overall the article describes the difference between day camps, specialty camps, and sleepaway camps, mentioning several examples and promoting many of the benefits kids gain from camp.

It was fantastic to see that the author highlights Rockbrook as an example of an overnight camp, describing it as the “ideal place to explore what it means to live a ‘wholehearted’ life rich with true connections.” Wow! That’s such a nice complement! It’s something that sounds very familiar, and right in line with the philosophy and feel of Rockbrook. Thanks Inside New Orleans! 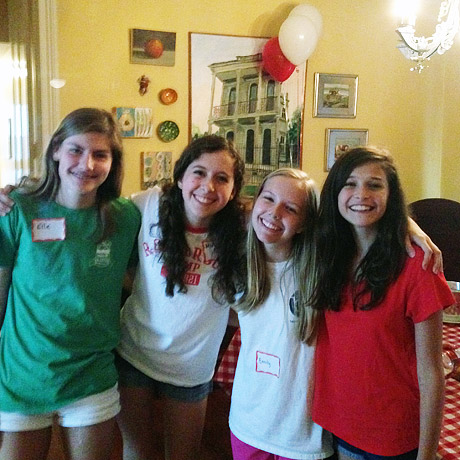 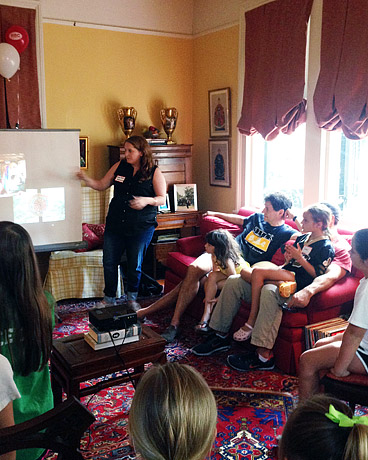 Yes, that’s what we’ve got at Rockbrook…!!! New Orleans camp girls!!! You might find it odd that girls from Louisiana would go to summer camp in North Carolina, but there’s a long tradition of exactly that, with generations of New Orleans and Baton Rouge girls representing their cities at Rockbrook every summer.

And this is the time of year when we gather current NOLA girls (and alumnae!) for a Rockbrook party to celebrate the great time we had at camp last summer. Miriam and her sister Susan, who both attend Rockbrook’s 2nd session, hosted the party at their home in Carrollton. Chase and Grace brought plenty of photos and videos to present, and with a great crowd of both current campers and new girls interested in attending camp next summer, it was a really fun time. Thanks everyone for such a fantastic event!

These events are probably the best way to recharge your Rockbrook spirit, and if you’re new to camp, to learn what makes Rockbrook so special.

We have more parties in other cities planned, so check the schedule to see if you can attend!

As first timers, it was very reassuring to see my daughter’s smiling face. Each day I became more impressed with Rockbrook itself and the entire staff’s (and campers’) unending supply of energy, enthusiasm, expertise, creativity, and caring love. Thank you for making us a part of the Rockbrook family.