First a Kayak Camp update. As you know, kayaking has really caught on here at Rockbrook, and in response to that growing interest, we’ve begun offering 2 special 1-week camp sessions devoted entirely to whitewater kayaking. We’ve called these sessions “Rockbrook Rapids.” Today, the first of those sessions ended and we began to hear some of the exciting stories of how their many river trips went during the last week. The girls ran a section of whitewater every day, building skills and confidence on the water as they progressed through class I, II, and some class III whitewater. On two occasions, the crew camped near their river.  They ran the Lower Green, the Tuckaseegee, the Nantahala, the Chattooga (2 days), and the Upper Green rivers. This afternoon when the van pulled into camp after their last trip, the girls looked pretty tired and maybe a little grubby, but I’ve never seen a group more proud and satisfied. Unloading their gear, the girls happily handled the work, knew exactly what to do, and chatted effortlessly. It was neat to see that kind of camaraderie after just one week of shared outdoor adventure experience. The staff and the campers alike said the whole week was awesome. Check out the photos above (Click them to view a larger version) and you can see a little of the fun (Others are online in the photo gallery). One girl told me, “I’m definitely signing up for this again!” A fantastic success for the first kayak camp of the summer!

A great moment happened today when Sophia won a chance to spin the wheel in the dining hall. When it was clear she was the winner, Chase asked her where she hoped her spin would land. What prize was she hoping to win? Without hesitating, Sophia yelled “Pie Your Counselor” into the microphone. It’s always very exciting to spin the wheel, but when it lands on what the girl spinning hopes for, it’s so marvelous the whole dining hall erupts. And as you can see in the photo above, “Pie Your Counselor” is exactly what Sophia got! The kitchen helped out right away, whipping up two chocolate pudding pies for the occasion, so right after lunch a crowd gathered on the hill to watch the mess unfold. Everyone laughed and cheered as the counselors proved they could take a pie in the face.  It’s not often you have two willing victims for this kind of pie massacre, so we all had a great time watching. 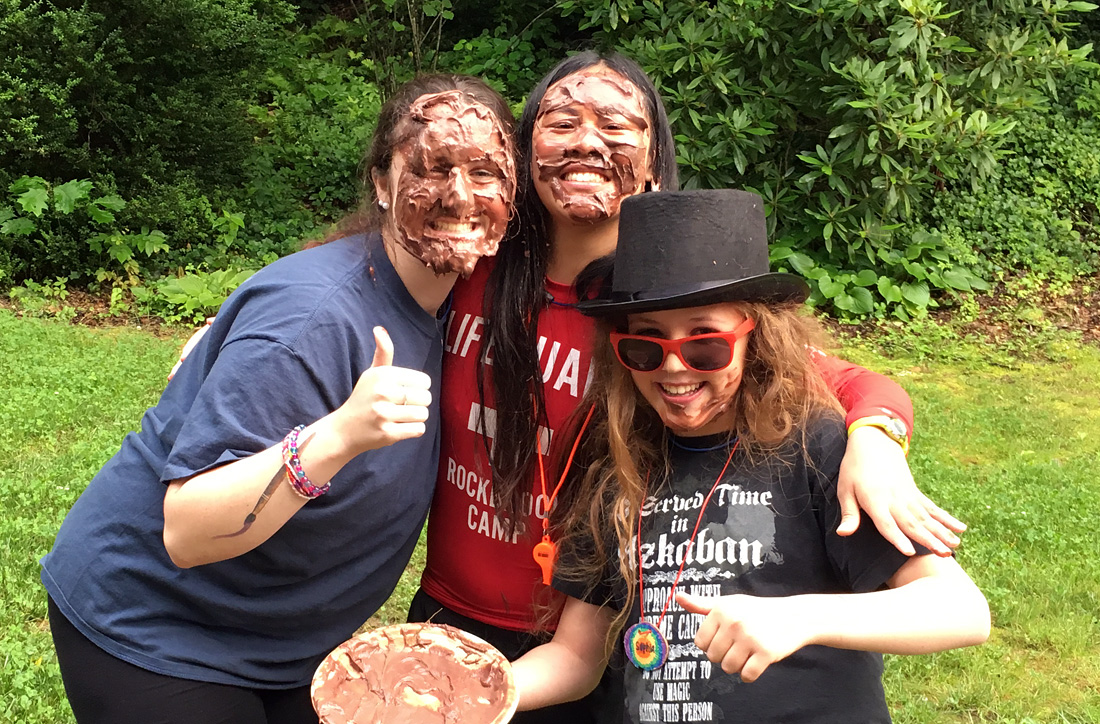 Tonight we also had our first dance of the summer with Camp Carolina. We again held two dances, one at each camp with the older girls traveling over to dance in the CCB dining hall, and their younger boys coming to Rockbrook to dance in our gym. You might think these dances with boys are awkward since they contrast so completely with the all-girl world of Rockbrook. In reality though, we do what we can to keep everything lighthearted and silly. The counselors dress up in crazy costumes, and are quick to encourage group dances rather than pairs. Sure, the older girls spend a good deal of time on shall we say “hair care,” but for them too, what’s fun is the loud music, wild lighting, bouncy dancing and overall exuberant tone. Of course, being their with so many friends is what really makes these dances great.  But that true for everything at camp! 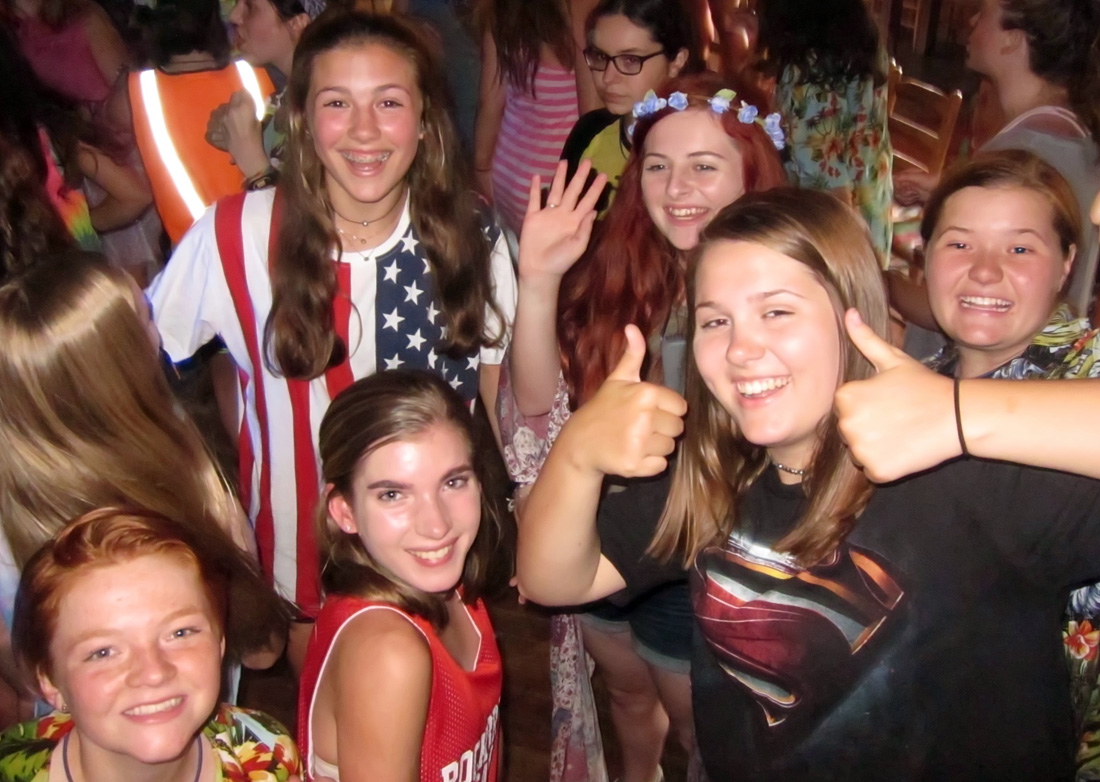 Leave your reply on “Fantastic Success”