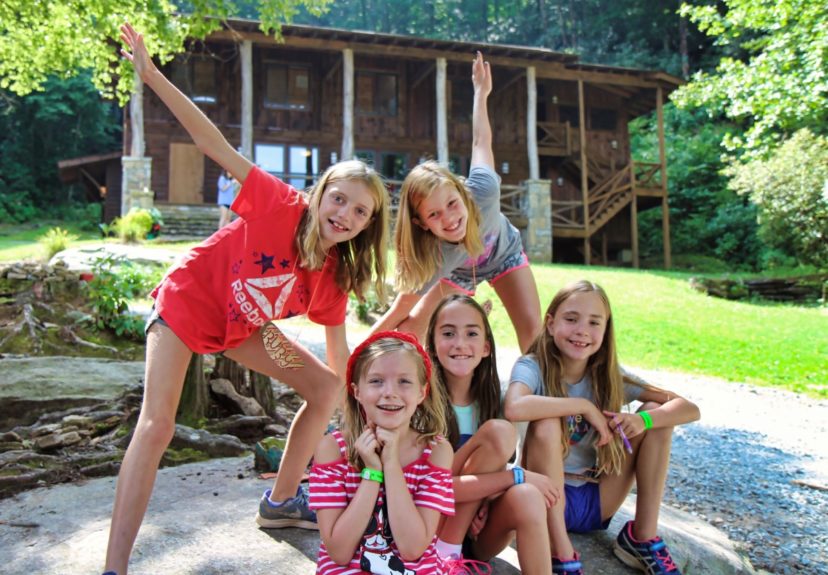 On the bulletin board where announcements are posted, you’ll see the lost and found list. As the name suggests, campers update the list about belongings they have lost or found while at camp. Sometimes the list gets pretty specific (“If anyone sees a sock that is blue with cooked pink shrimp on it, please return it to Middler 6!”), and we read the list aloud frequently to make sure that girls return with everything they came here with. When the list was read today, though, there wasn’t anything on the lost list. In fact, there were only items on the found list. I thought this was beautifully poetic—it represented the ways in which the community was looking out for each other, even before anyone realized they had lost something.

In many ways, this idea seeps into our everyday lives at camp. In coming to camp, we lose things, or more accurately, are without things. We have the basics in our trunk: a flashlight, a book, some clothes, and some friendship bracelet string, but we are without some of the more present items of our existence: our phones, our computers, the familiar environments we are used to. Yet girls come back every year, and daydream about camp all throughout the year. I think that is because they have found so much more at camp than they have lost. They find strength in them that they never knew was there before, they find that they have a lot in common with people from different backgrounds, they find the capacity in them to be giving and authentic—the found list is much longer than the lost list. 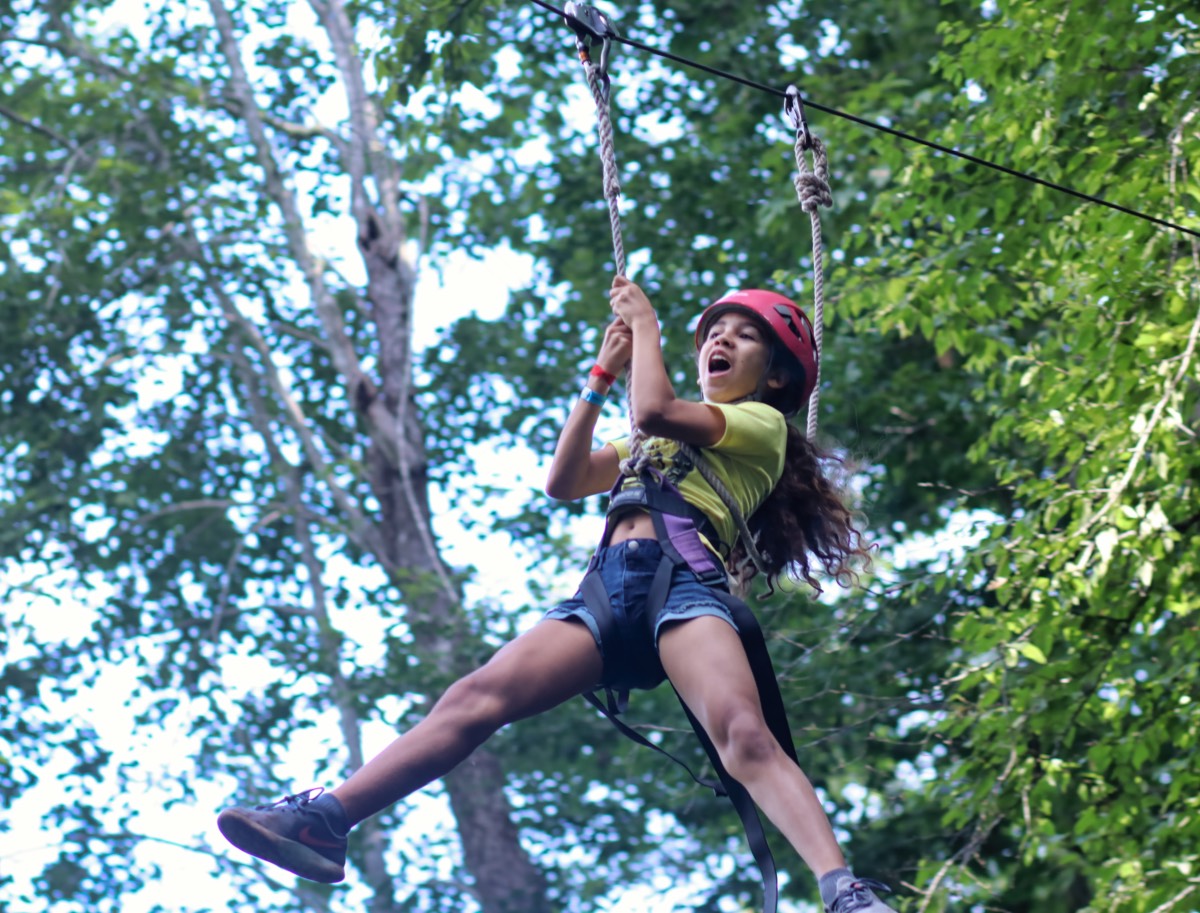 Throughout camp, the exchange between lost and found is seen every day. Today, it was announced that there was going to be a zip-lining trip. The zip-line goes throughout the back side of camp, taking girls across waterfalls and through the trees. This trip is generally offered multiple times every day, and is always wildly popular. As this was the first activity day for many girls, today was a particularly popular day to sign up for the trip. Because the trip was so popular, it was impossible to get everyone who wanted to go today on the trip (they’ll definitely have more opportunities to go, though!). A trio of juniors who arrived yesterday were all in line for the trip. When two of them drew cards that meant that they could go, but one of them could not go, the two who were chosen to go on the trip gave up their spaces, saying that they would go another time when their friend could go. This beautifully exemplified this lost and found principle. Even though they lost going on the trip today, they found a way for them all to go together another time. More than that, though, they found a deeper sense of friendship and the joy that comes from being a loyal friend and the maturity that comes with compromising one’s own bliss for the good of others. They gained much more than they lost. 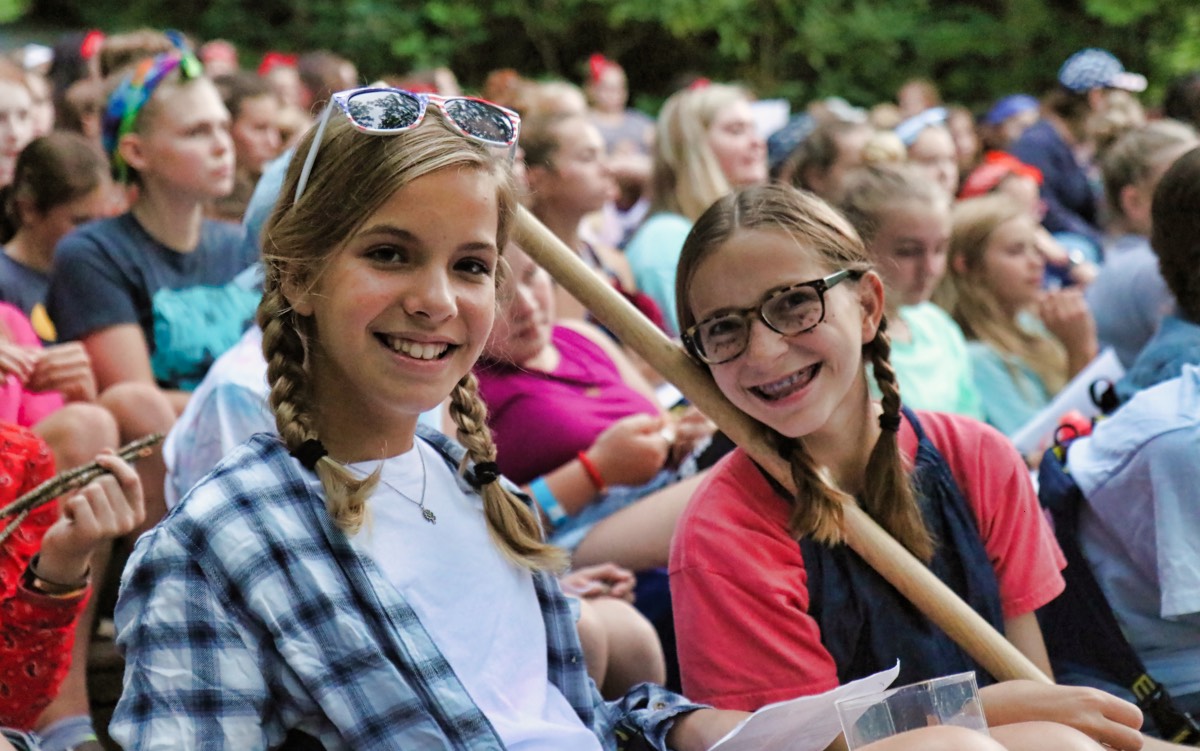 At camp, we see this in other ways too. Sometimes, what we lose is not as tangible as a sock or even a zip-line experience. A lot of the time, it’s our inhibitions and the things that prevent us from having fun and being our true selves. The other day, we were having an evening program called “Jug Band.” Jug Band is an old-fashioned campfire that incorporates Appalachian culture and silliness. Everyone brings an “instrument” (like rocks or brooms) and sings songs such as “Mountain Dew” and “Wagon Wheel.” Jug Band is incredibly fun, but is also incredibly silly. On the night of Jug Band, a middler cabin lacked their usual enthusiasm for the event. They were hesitant about going, and did not want to dress up. Their counselors, however, started playing on instruments (trunks and tennis rackets) and making up songs. Before long, the entire cabin was joining in the fun, creating their own band! By the time they showed up to Jug Band, they were some of the most enthusiastic and spirited campers at the fire.

In their cabin, the band kept practicing and writing new songs. The band’s name was “Saurkraut,” (the spelling is intentional) and tonight during twilight, Saurkraut had their first performance. They created tickets that they handed out to everyone (some of the tickets were even autographed: ‘Saurkraut! Rock out!’) and one of their hit songs was “Do You Jam, Bro?” The band was a hit, and the reviews were raving, “That’s the best thing that’s ever happened at twilight!” When inhibitions were lost, Saurkraut was found. Creativity, a greater sense of community, identity, and the ability to let our hair down—these are the things we find here at camp.

The other thing about lost and found at camp is that we learn to live without the things we have lost. We realize we can live without that sock, that we can thrive without our phones. But when things are found, we gain a new appreciation for them. We want to keep what we’ve found safe, we know it in an entirely different way. I think that’s how the intangibles at camp work, too. We find this authentic version of ourselves, someone who knows how to compromise and get along with others, who seeks the best in others, who isn’t afraid to get her hair wet. When we go home, we have a new appreciation for this version of ourselves, and we live differently, as we continue to stay found. 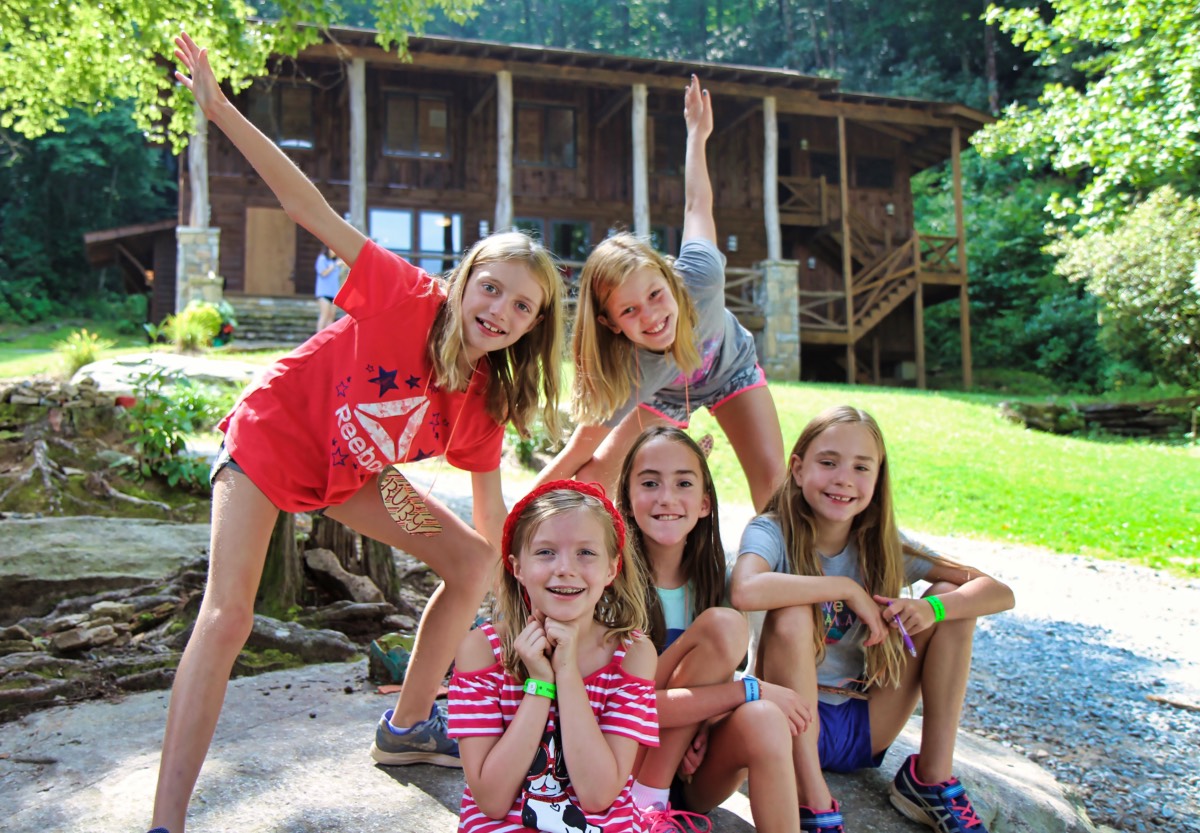 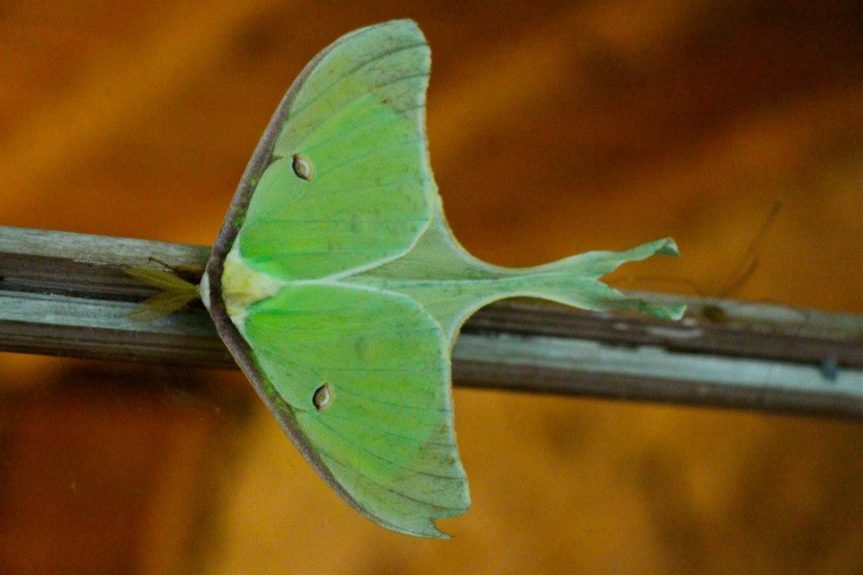 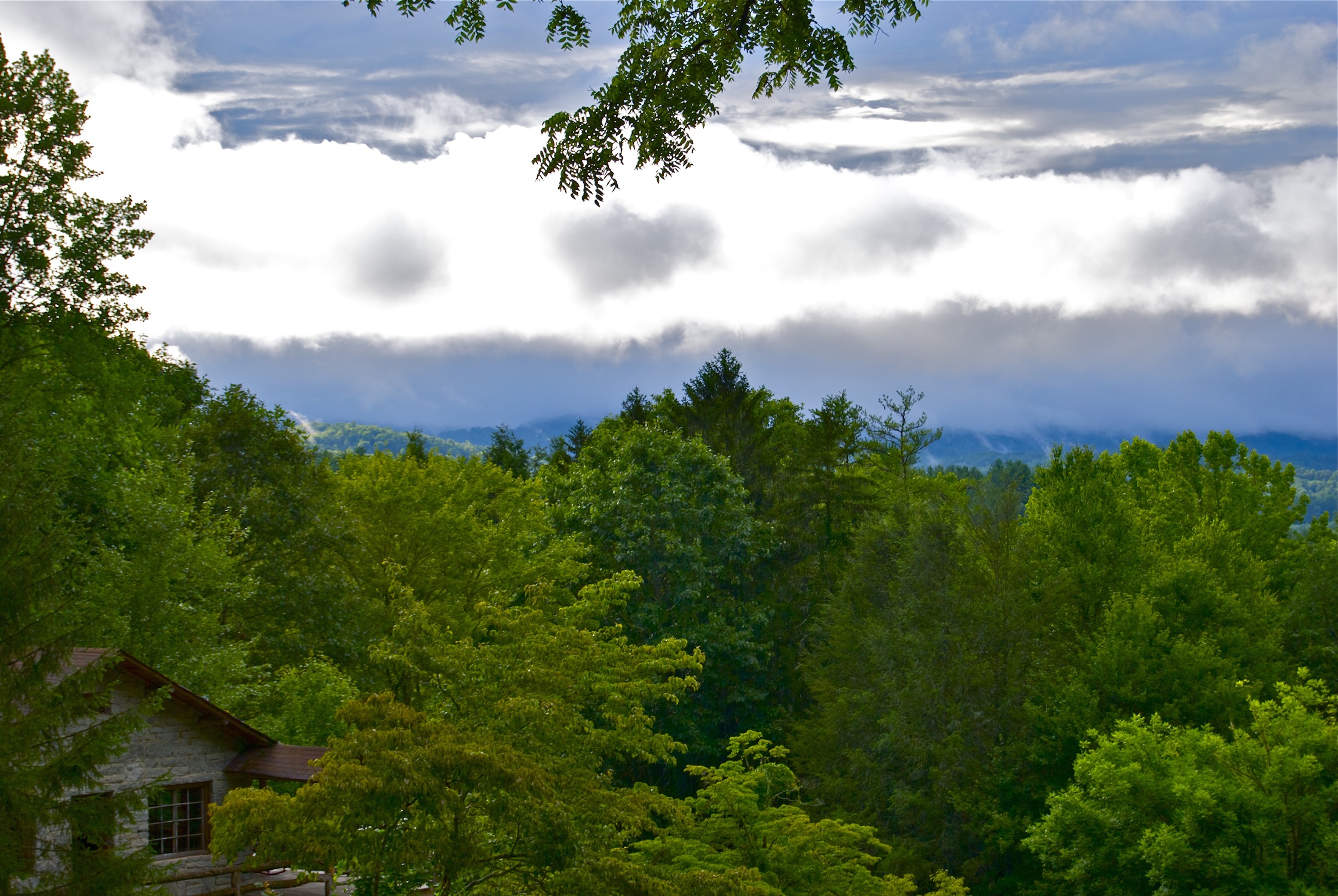 As my 13th session at Rockbrook comes to a close, the image of a circle keeps coming to mind. The circle of life is ever apparent and intimately experienced when much of your time is spent outside. The circle of cause and effect is somehow more immediate here. 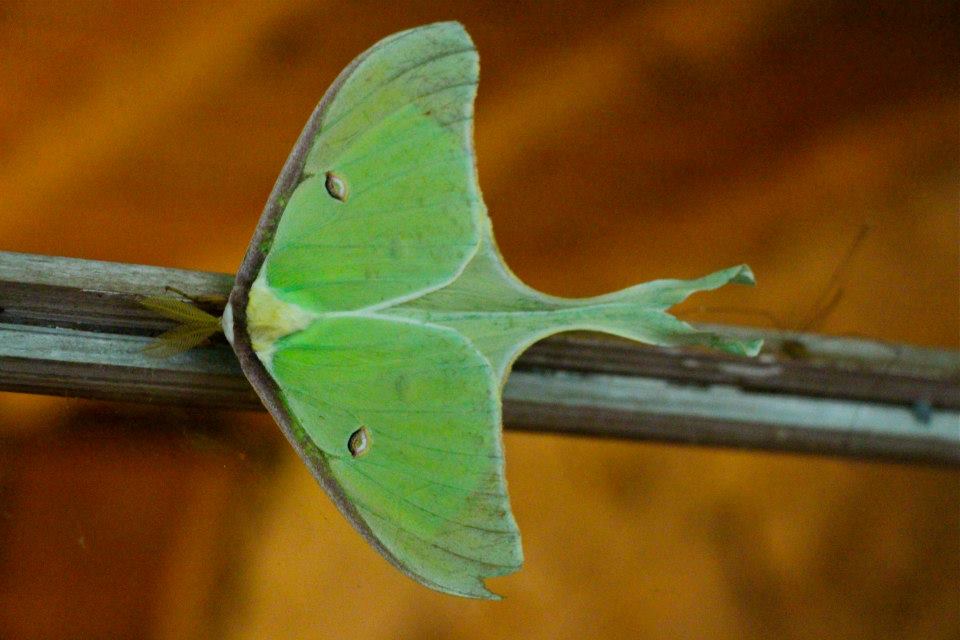 Hellos and goodbyes cycle round and round, and are felt to the core by most who pass through this space. The rain comes down, then it gently lifts back up to the sky, and then falls back down on the mountains once again. We even sing songs about silver and gold friendships, and we sing them in rounds. “A circle is round. It has no end. That’s how long I want to be your friend.” All of these circles are never ending, just as circles should be. I know this because I have seen these particular circles since my first year of camp, when I was eight years old. The depth and intensity of their colors may vary, but they are part of why Rockbrook keeps calling me home.

“Life is an echo. What you send out comes back. What you sow, you reap. What you give, you get.” These truths apply wherever you go in life, but I have realized this summer that this circle is closer and more immediate here at camp than anywhere else that I’ve lived. 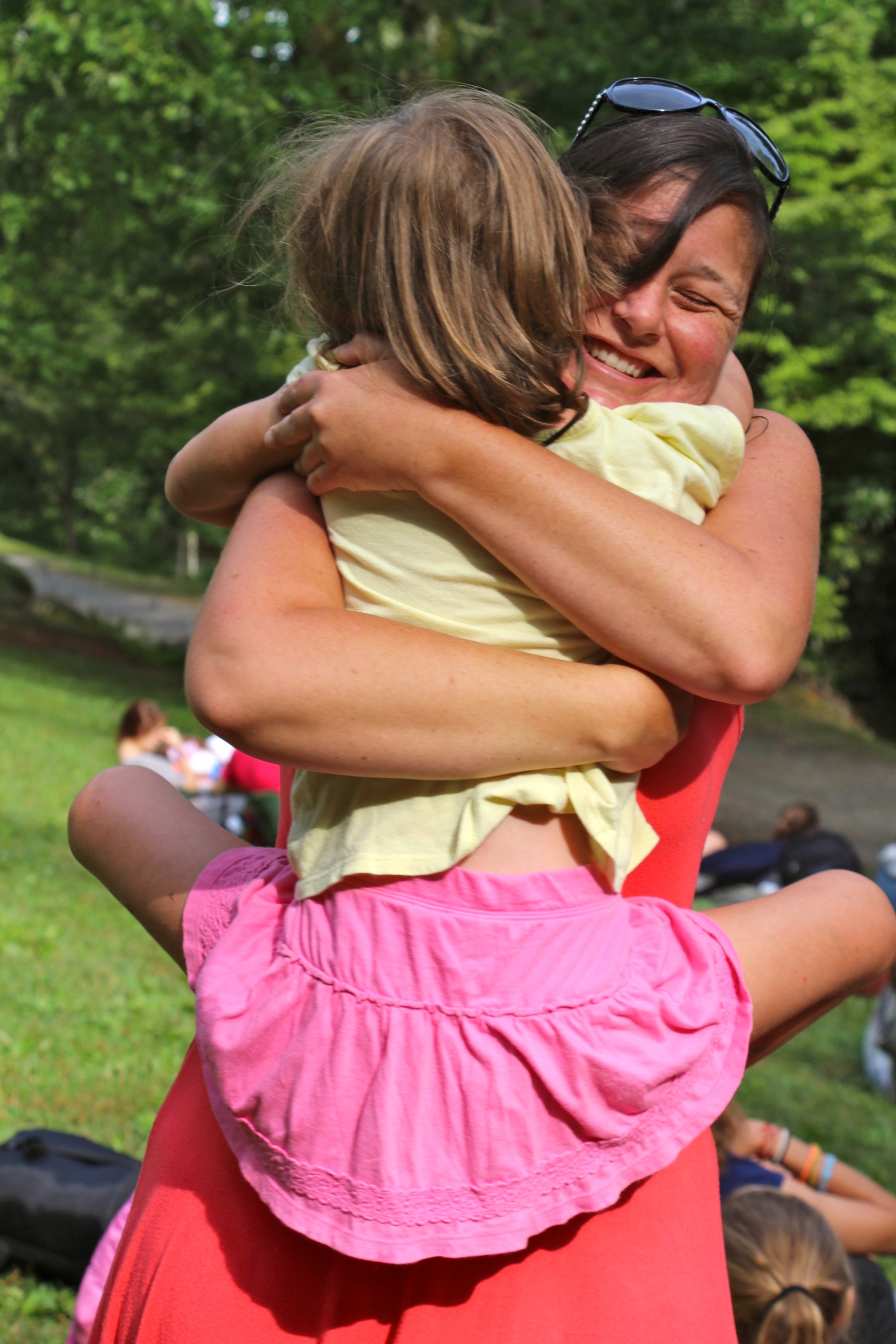 I don’t know if that is because we all live closely together in this beautiful microcosm of humanity, but I know that it happens. Speaking to a friend at the beginning of camp, we pondered on what made a specific person so magnetic and universally loved by all. We noticed that this person offered up her spirit wholly and unguarded. In a world that is often cautious and fearful, her openness and undiluted truth was beautiful to those around her. So she was surrounded by unguarded love and truth and beauty. I saw countless examples of this among people of all ages here at camp. Those who gave themselves fully and without reservation were met with like gifts ten fold. Even those with gray clouds and walls around them early on, were affected by all the positivity and unconditional love around them. They began to give off light, and it shone right back on them even more brightly. And it didn’t take long. Maybe life is more like a multifaceted mirror. Maybe that mirror is round, like a disco ball of light and color. 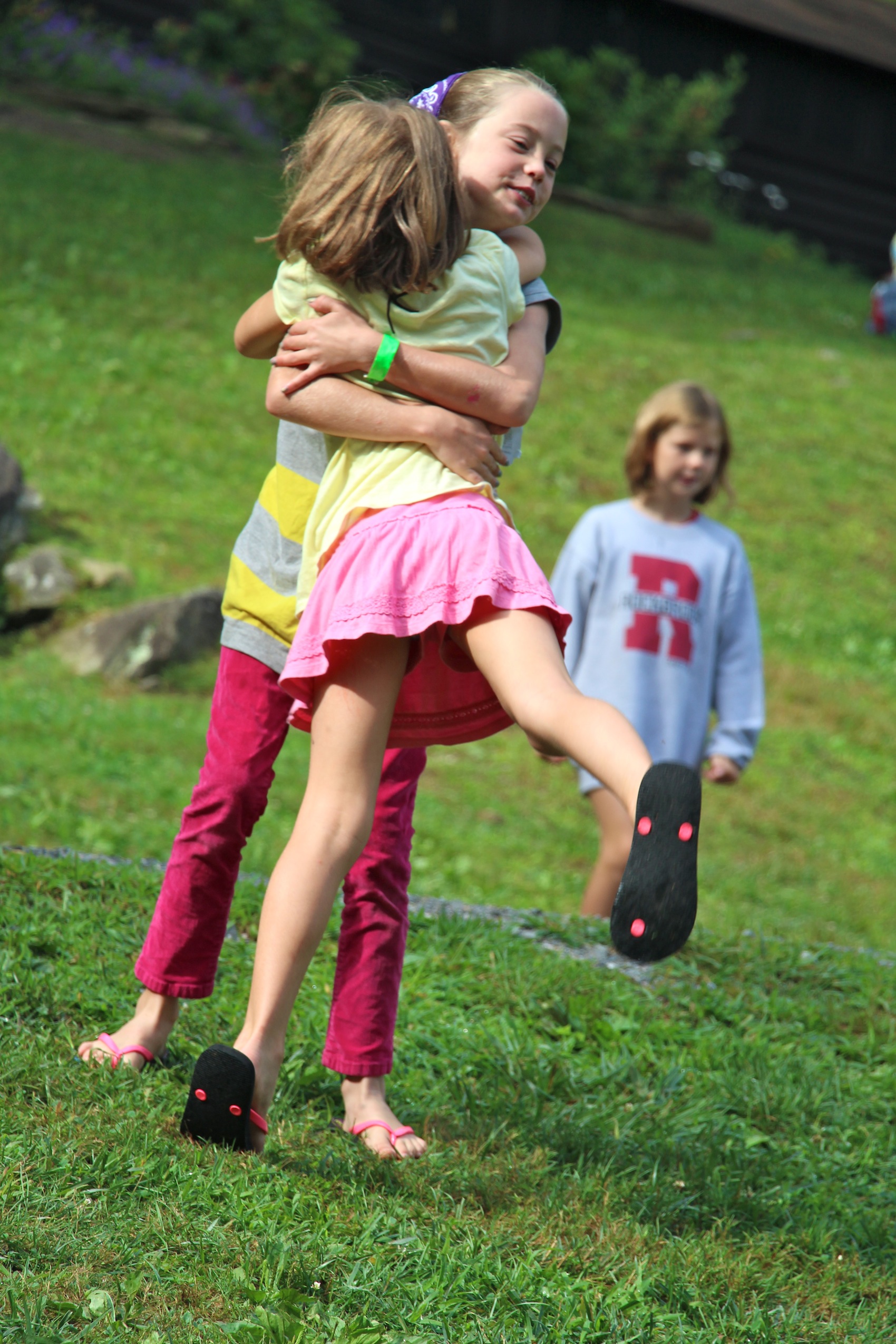 The Thursday before last was the first time I had ever been here for a Closing Day that wasn’t my day to leave as well. This took me out of my own feelings, changed my perspective, and brought into clear focus the intensity and beauty of emotion in that day. I had been there on Opening Day and seen campers say hesitant goodbyes to their parents, (and for many,) happy hellos to their camp friends. Now I was seeing them come full circle, with tearful goodbyes to friends and ecstatic hellos to parents. The emotion was palpable. As I looked through my camera lens, I was moved by the utter rawness of the feelings I saw. The joy was just as intense as the heartache, and it was all being felt at the same time.

So as this session comes to a close, I take solace in knowing that the circle keeps going around and we will be in this place again. I hope to hold tightly to the truth that what I experience is simply a reflection of what I am putting out there. I take with me a deeper understanding of how connected we all are. Sarah read us the words of Chief Seattle at our first chapel this session. His words illustrate this interconnectedness far better than I ever could: “Man did not weave the web of life, he is merely a strand in it. Whatever he does to the web, he does to himself.” 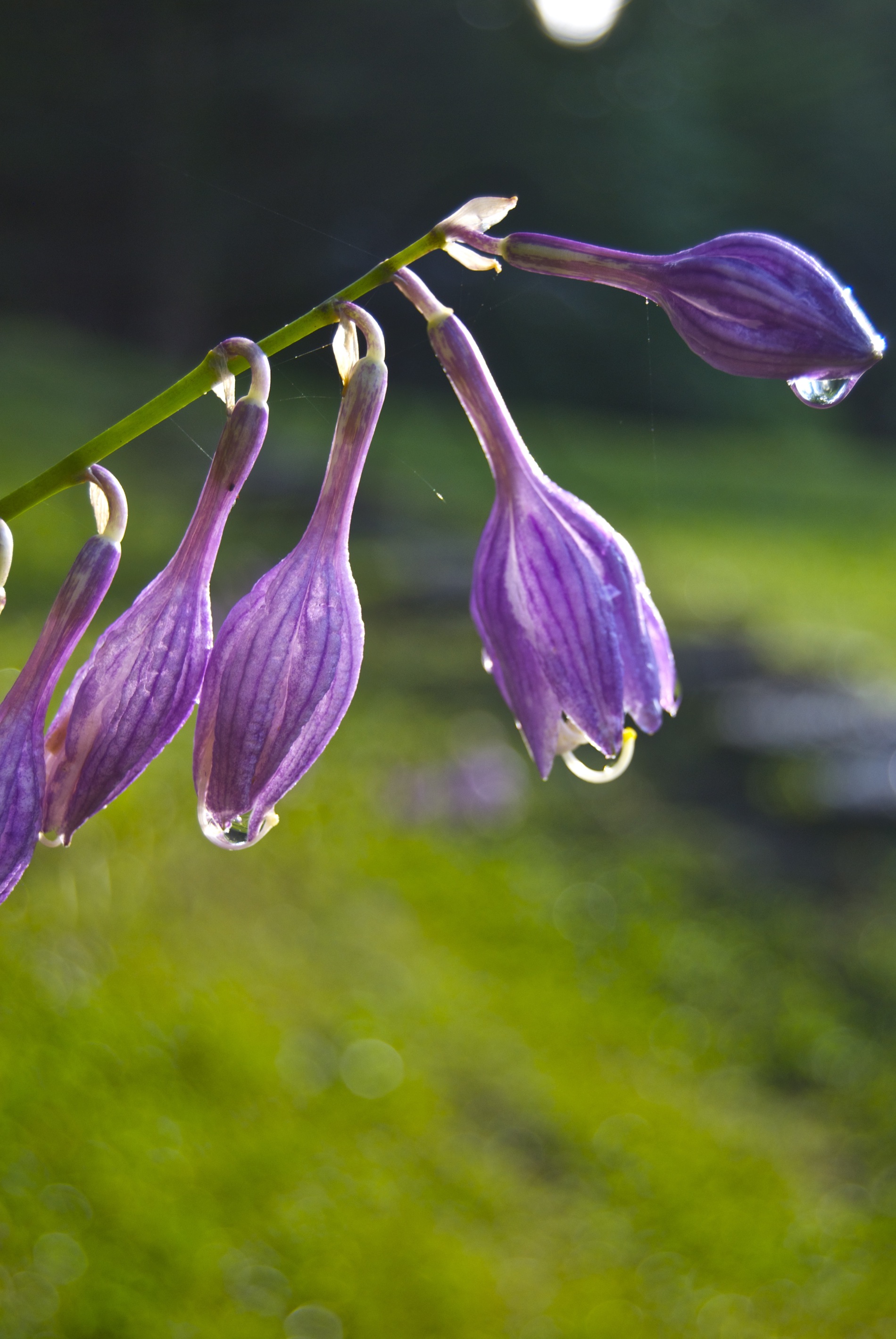