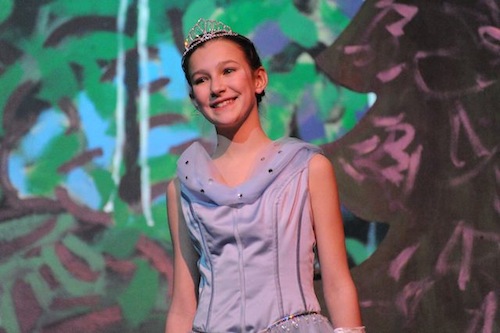 I’m excited to start a new camper spotlight segment on our blog called, “Rockbrook Girls: Out and About”.  It will allow us to keep up with our camp friends throughout the year, learn some new fun facts about them, and to hear about all of the cool things Rockbrook girls are doing outside of camp.

I’m happy to introduce our first participant, Eva, from Brevard.  Eva will be coming to our third session this summer.

Check out Eva’s answers to our interview questions below.  I think it’s a safe bet that she will be signing up for archery as often as she can.  She’ll be shooting like Katniss in no time!  Eva also listed Peter and the Starcatchers as her favorite book.  If you’re looking for a new book to read, this one is a real page-turner.  Learn more about it here.

If you want to be part of our camper spotlight, email me for more information.  I can’t wait to hear from you! 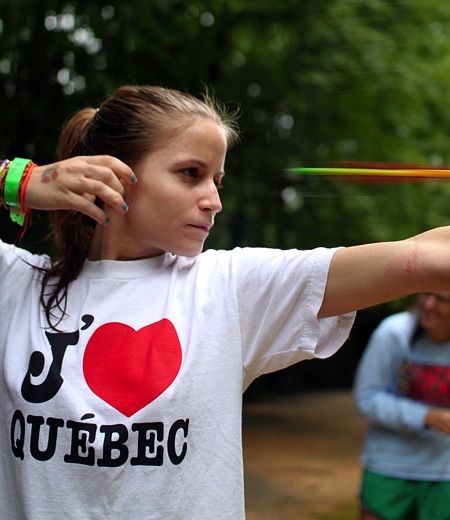 One of the most appealing things about Rockbrook is the opportunity to try new things.  Many times  you’ll be able to try activities that you wouldn’t be able to do at home for one reason or another.  For example, you may want to learn how to roll a kayak, but you don’t have one at home.  Try it at camp.  You may have always wanted to climb a rock, but who has access to a rock face and a professionally trained outdoors crew on a regular basis?  Climb one (or two, or three) at camp.  You get the idea — camp is the perfect place to try new things!

This could be the reason that one of the most appreciated Rockbrook activities is archery.  Who has the resources/equipment to try an activity like archery on their own?  Not many, that’s for sure.  For years, Archery has been one of the most sought after activities at camp.  That esteem has only increased thanks to the fact that the most celebrated book-turned-movie series out right now is The Hunger Games, a story in which the main character, Katniss Everdeen, is depicted as an underdog, then champion, then heroine.  And, as we all know by now, the skill that sets Katniss apart from the rest — she’s a magician with a bow and arrow.  Katniss with a bow and arrow is like Michael Jordan with the basketball as time expires during the playoffs: GOLDEN.  So, it’s only fitting that archery’s popularity as an activity at camp has soared.  Suddenly we find ourselves thinking: I want to be like Katniss.

This is where Rockbrook and Katniss collide.  Longtime Rockbrook girl, Marston, decided early on that archery was one of her favorite activities at camp.  It didn’t take us long to see how much Marston enjoyed archery, and bullseye after bullseye proved that she was pretty good at it too.  Besides loving archery, Marston’s also a pretty big Hunger Games fan.  Check out the photos below of Marston, on the left, and Katniss, on the right.  I’m no expert when it comes to archery technique, but I think Katniss could take a few tips from Marston.  Such focus, such form!

So Marston’s a super archer and she likes The Hunger Games.  Cool coincidence?  Here’s another awesome addition to the saga: Jennifer Lawrence, the Oscar award winning actress who plays Katniss, seems pretty hip by any standards, and Marston met her!!!!!!!!!!!!  Exciting, huh?  Archery, Katniss, Marston, and Rockbrook all coming together.  I wonder if Jennifer got any good shooting tips from Marston?  Maybe the two can set up a meeting on the range.  I have my money on the Rockbrook girl, our very own version of Katniss!