On Monday I was so impressed with our older girls. The CA campers hiked in the Dupont State Forest to pick the theme of the end-of-session Banquet. As a lucky and eager bystander, I saw girls go into the adventure with an open mind, include everyone in the process, and come to a consensus that they were able to literally jump for joy about.

The drive over to the forest starts off with a pep talk from our Director and trip leader, Jeff Carter, who explains that the campers should mention as many ideas as possible during the drive. The counselors in each of the vehicles act as scribes and record everything— no matter how silly, far-fetched, or seemingly unpopular the ideas. 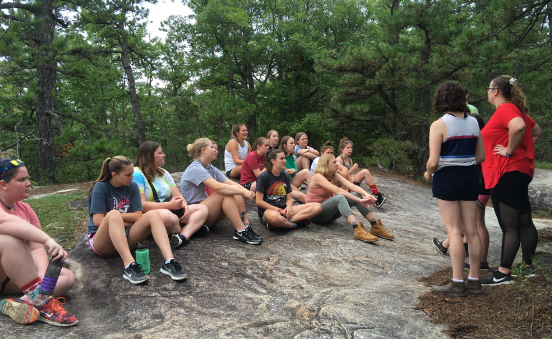 This brainstorming session is one of my favorite parts, because the process immediately becomes hilarious with fake themes, such as “Cheese” or “Potato Banquet.” (I heard one idea of the “Non-Banquet,” where they would decorate the walls with paper and just paint the paper with what is usually behind the paper on a normal day. Breaking away from tradition, there wouldn’t be soda or candy served. We all agreed, however, that this wouldn’t be funny after about 10 minutes in real life…)

It is through the laughter and lack of filters that the girls generate very legitimate, good lists of ideas! We arrive in the parking lot of our hike and begin to share the lists that were split between the vehicles, thrilled that the final decision might be hidden on one of the sheets of paper. Here, the counselors read out their lists, and, after indulging in their first reactions, the girls start to narrow the list before setting off onto the trail. (Unfortunately, the fake themes are crossed off.)

As we hike up to our final destination, top contenders for the theme start to emerge. I hear girls hearing one another out as different voices discuss pros and cons of each proposed theme. Other ideas fall to the wayside that many girls were betting on before hearing others’ thoughts. Most importantly, outgoing girls resist the urge to dominate the conversation, and everyone works to be equally involved, respectfully taking turns to speak. If you ask me, I think that many people in this world would learn a lot from these girls and how’ve they’ve learned to come to decisions. 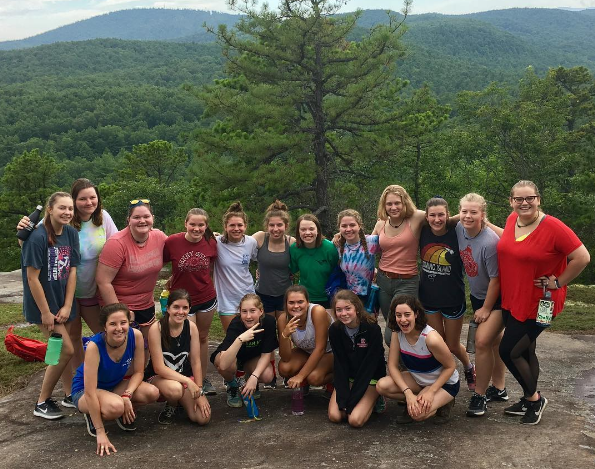 Without giving the theme away, I’ll tell you that the theme will allow the girls to have their personalities reflected in each aspect of Banquet Night. It gives them wiggle room to create a new world in the Dining Hall, without inundating them with too much work. In talking to them afterwards, they’re most excited about seeing how their creativity will make the theme unique, spending time with one another on the project, watching the younger campers’ reactions as they enter the Dining Hall on Banquet Night, and, of course, celebrating their success with pizza and ice cream afterwards.