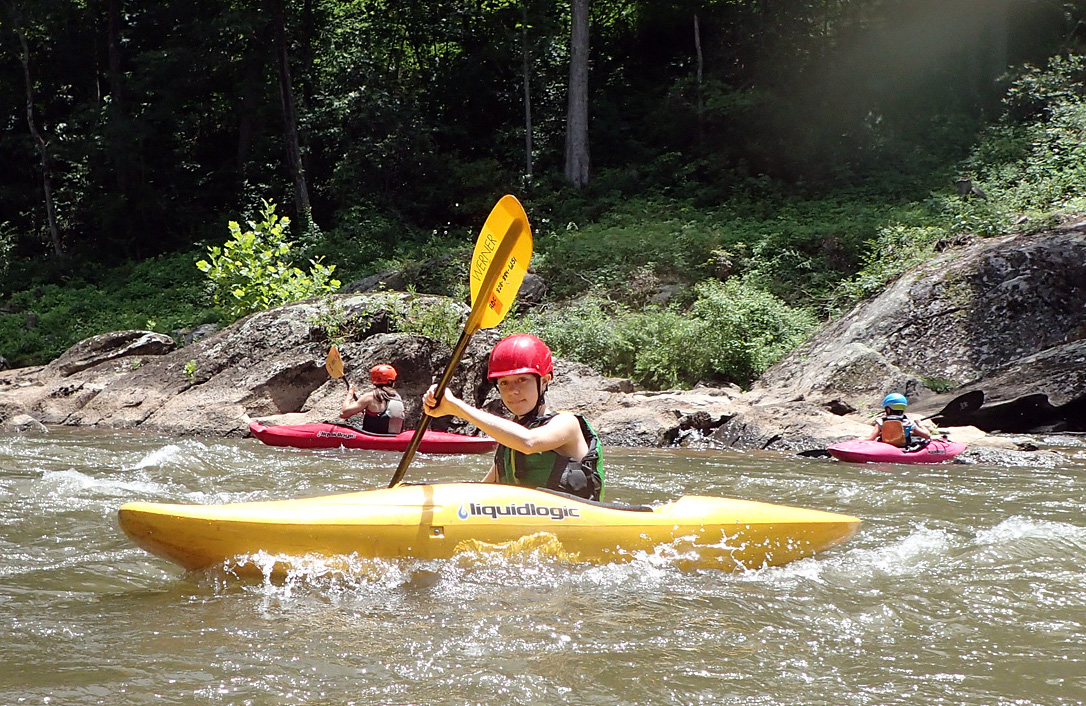 The kayakers have taken trips almost everyday this week. The interest in kayaking continues to grow, so Leland, Sarah and Stephanie have been busy meeting that demand by offering lots of trips. The beginners went to the French Broad River twice this week. After mastering their “wet exit” (sliding out of the kayak when it tips over), the French Broad is a perfect place to learn other important kayaking skills like ferrying across moving water and catching an eddy. On both Thursday and Friday, groups of kayaking girls drove over to the Tuckasegee River in Swain County to run its rapids. The river was really moving after our recent rains, giving the girls a little extra push over the shallow areas and making a couple of the rapids like Moonshot and Dillsboro Drop even more fun. This section of the “Tuck” takes 2 or so hours to complete giving the crew plenty of time to play on the water and still be back at camp for dinner.

Today, the Hi-Ups had their third “Girls With Ideas” session— a curriculum designed to foster confident girl leaders. On sticky notes, they began the meeting by writing down times that they were positive role models for the younger campers, moments that challenged them, and how they want to end their camp session. Although they only had the space of a sticky note for each answer, their responses and following discussion were quite wise and thoughtful. Between setting and scraping for each meal, putting on Rockbrook surprises, and helping to teach activities, these 10th grade campers have packed schedules! The downtime to reflect was much deserved. Personal goals of theirs for the rest of their Hi-Up year include being good team players, staying selfless, and taking initiative. 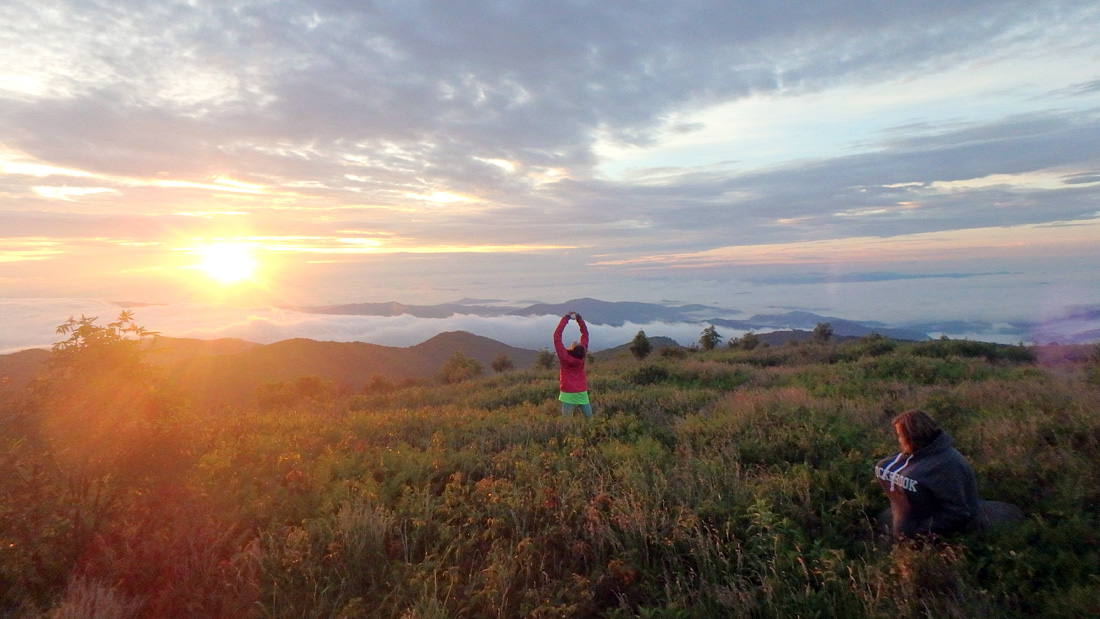 Another adventure trip also returned to camp today with stories and photos to share. We were planning an overnight canoe trip on the French Broad river near camp, but at the last minute a huge thunderstorm caused the river to rise too fast for the group to paddle safely. Shifting gears a bit, adventure staff leaders Jayne and Mattie decided to camp in Pisgah instead and show the campers several very cool spots. They first went to Courthouse Falls for a swim in the icy pool beneath. From there they camped further up the mountain along the Silvermine Ridge. The next morning, despite being pretty tired, everyone woke up early (5:15am!) to summit nearby Black Balsam mountain and watch the sunrise. Being that high up (over 6,200 feet!), far above the morning fog in the surrounding valleys, was quite a treat. Click this photo (any of these!) to see a larger version.  Passing by one more waterfall on the way back to camp, the group just had to stop for a quick swim. These girls love the cold mountain water around here! 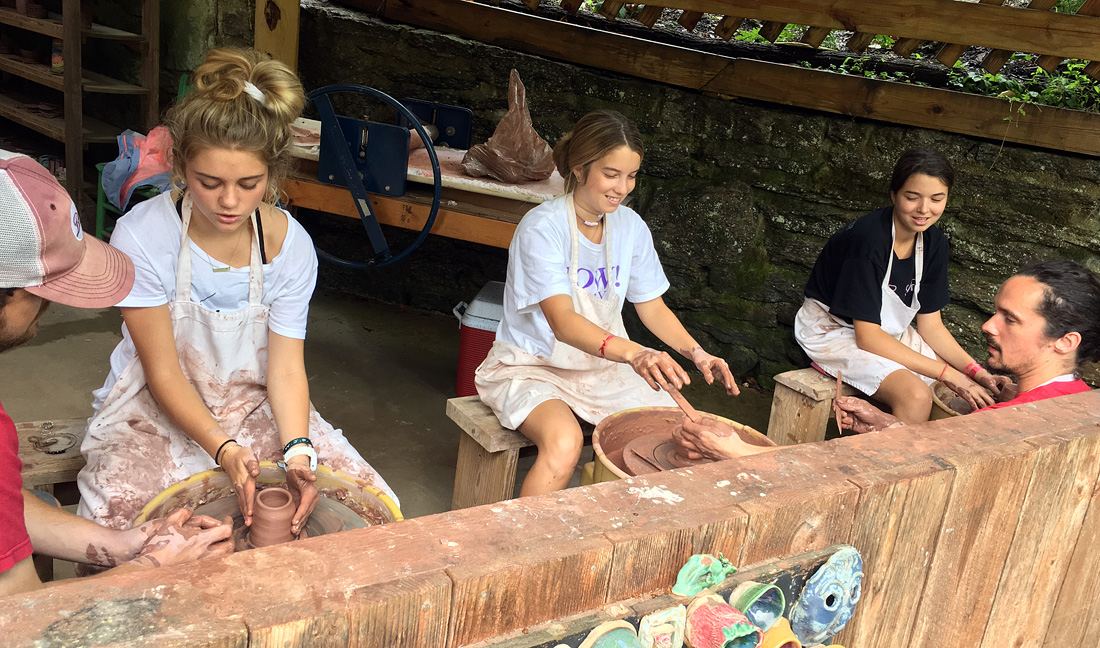 Similarly, we’ve been happy to see so many campers improving their skills in pottery. The Rockbrook ceramics program has always been extensive, with two studios, 3 professional potters who serve as instructors, and a steady stream of enthusiastic campers returning year after year to work with clay. Lately, the older girls have been doing amazing work on the wheels. Throwing on the potter’s wheel takes some practice at first, but once you learn to center the clay, stay steady and draw the clay up slowly and evenly, it’s magical to see a lump transform into a delicate, symmetrical pot.  The girls are doing this beautifully. The next step is to vary the final shape of the cup or bowl, perhaps flaring the lip, bulging one side, or adding a handle.  Next week after the pots dry a bit (There’s a special dehumidifying room for that.), it will be time for glazing, and the final kiln firing that will bring out the colors of the glazes. Look for incredible creations coming home after camp. 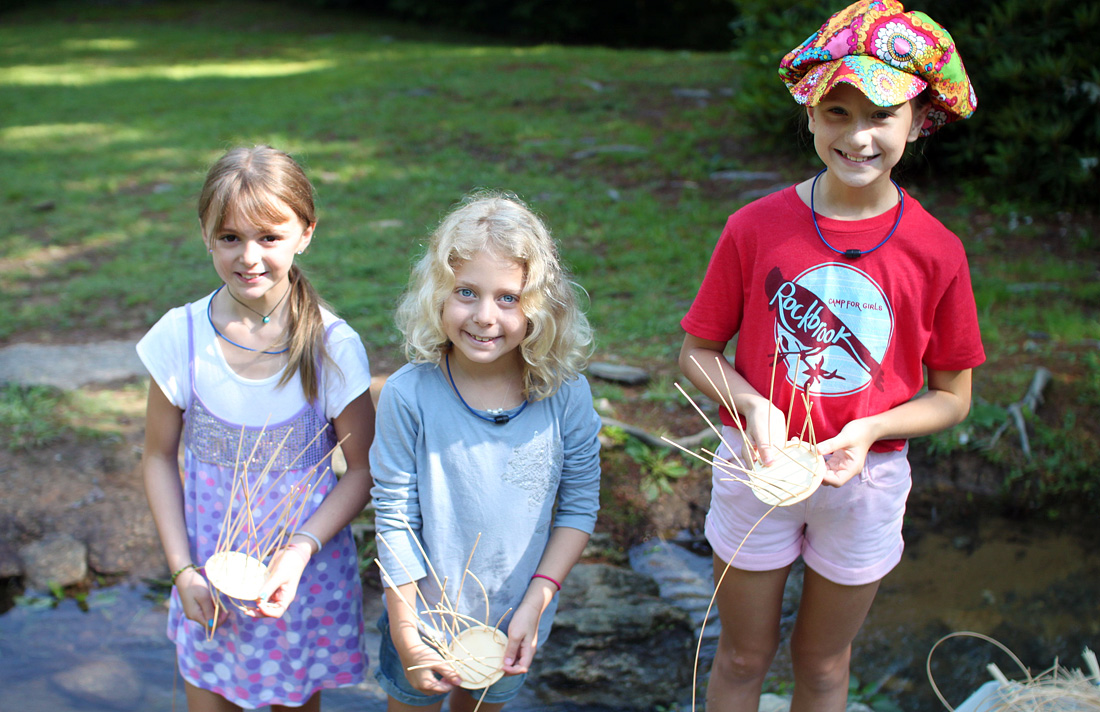 Leave your reply on “Doing this Beautifully”